During the last decade, we have developed a microwell chip platform for imaging of cells with single cell resolution in controlled microenvironments.

The core of the platform is the microwell chip, which contains thousands of microwells in one or several arrays. The microwells come in different designs and sizes, ranging from tens of microns up to several hundred microns in diameter, in which it is possible to study single cell-cell interactions, synapse formation, cytotoxicity, proliferation, migration and much more.

The chip is not much larger than a thumbnail and is optimized for high resolution microscopy imaging. Together with custom designed holders and gaskets, the chip integrates into any standard microscopy equipment and can also hold cell culture media and reagents for long-term experiments. 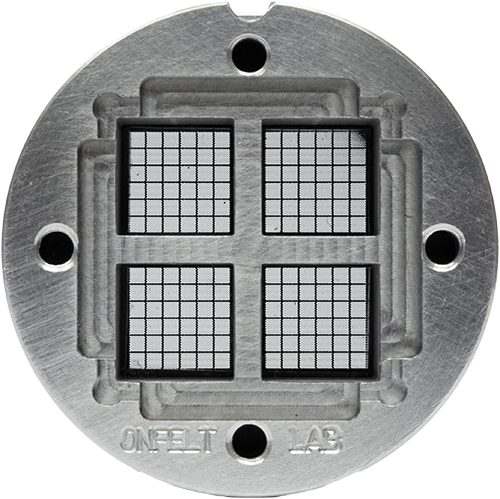